Whenever I go to Target I can never stick to the items that are on my list. Somehow, someway other things creep into my shopping cart. I’m sure I’m not alone in this. I just can’t resist walking down random aisles to see what’s available; my favorite though is passing by the end caps to see what items are on clearance. You never know when you can pick up a nice dish, a colorful shower curtain or a cute notebook at a ridiculously low price. That’s how I found the ice pop molds I used to create the Coconut Cinnamon Popsicles I am sharing with you today. I randomly saw them sitting on an end cap for more than 50% off so I figured why not… The deal was too good to pass up and I really liked how the molds sat on the base. Not your typical ice pop mold! 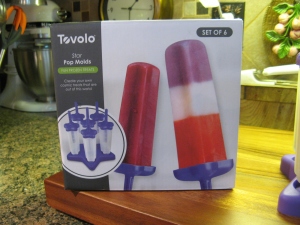 These ice pops couldn’t be more simpler. In a large bowl I combined cream of coconut, coconut milk, vanilla extract, cinnamon and shredded coconut and mixed them together with my hand mixer until everything was well combined. I then transferred the mixture to a measuring cup to make pouring it into the molds easier (and less messy!) Once that was done I placed them in the freezer overnight so they could harden. 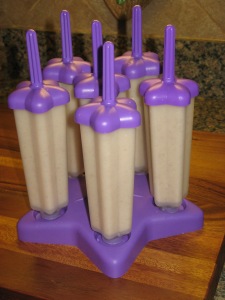 And the next day I had a delicious (and cold – which is imperative for these final dog days of summer) coconut treat that had a hint of cinnamon! I can’t wait to try out some other flavor combinations with these nifty ice pop molds!

Combine all ingredients in a large bowl and mix together with a hand mixer until well blended. Transfer the mixture to a measuring cup and pour into ice pop molds.

Checked out Little Island yesterday.
Celebrating Christmas in July on my blog today with these Peppermint Chocolate Squared Cupcakes. Link in profile.
Christmas in July… I recently fulfilled a custom order in my Etsy shop for these crystal and pearl snowflake ornaments.
This past weekend’s craft project… a silk flower arrangement.
Weekend baking… I made a quick and easy fruit topped cheesecake. Search for “A Quick, Easy & Creamy Cheesecake” on my blog to get the recipe.
Took a drive out East yesterday and saw this amazing sunset on the way home.
Hope you’re all having a safe and happy fourth!
Pedestrians always have the right of way… even the feathered ones.
Graduation cake I made this past weekend.